What are Some High THC and High CBD Strains?

In the world of weed, THC and CBD are often considered to be on opposite sides of the consumption spectrum. Those who enjoy the psychoactive side effects of cannabis tend toward THC and many medicinal cannabis consumers like CBD products. But this division of cannabinoids is an old stereotype which is quickly being proven untrue as more and more people are exposed to weed through the legalization that’s sweeping the nation. Now the cannabis market is full of products celebrating THC and CBD equally and consumers are taking note. But for the equal ratio-loving cannabis connoisseurs out there who want the balanced experience from flower, what are some high THC and high CBD strains?

Leafbuyer is here to give you the breakdown of strains known for their high percentages of both THC and CBD! That’s right, you don’t need to buy carefully ratio-d gummies or vape cartridges to get the balanced cannabinoid effect. While not all of these strains are perfectly 1:1 THC to CBD, they’re among the most evenly balanced strains out there. So, just kick back, relax, and see if you can find a new favorite strain in any of these high THC and CBD strains!

Argyle might not be the easiest strain to find at your local dispensary but it’s well worth a little extra effort to get your hands on. After all, you won’t run across many other strains with a perfect 1:1 ratio of THC to CBD and a name like Argyle! This indica-dominant hybrid strain is a cross between Afghani and Sensi Star. Consumers report Argyle as having a mellow high with notable relief effects. The scent is described as herby with sweet notes, unique when compared to most more skunky strains. If you want a balanced high THC and high CBD strain, Argyle just might be the best choice for you!

The balance of THC to CBD can vary with Cannatonic but in some cases, you’ll find a perfect (or near-perfect) example of a 1:1 ratio in this strain. Cannatonic is one of the more well-known high CBD strains out there and can boast a CBD percentage of anywhere between 6 and 15 percent. The THC percentage of Cannatonic is more predictable and usually clocks in at around 5 or 6 percent. This hybrid strain is a cross between G13 Haze and MK Ultra and consumers report the high as mellow and calm. Since the CBD percentage can easily beat out THC in Cannatonic, many consumers use this strain for pain relief and management. The smell of Cannatonic is described as earthy and citrusy. And, lucky for anyone out there looking to get their hands on Cannatonic, this strain’s popularity makes it among the easier of the balanced THC to CBD strains to find!

Unlike its clown counterpart, the cannabis strain Pennywise is known by its consumers to have a calming balance between THC and CBD. A cross between Jack the Ripper and Harlequin, it’s easy to see how the namers of this strain chose such an ominous title. Despite the name though, consumers report Pennywise’s 1:1 THC to CBD ratio makes it the ideal strain for anyone looking to combat pain and feel a nice buzz while doing so. Consumers of Pennywise report the high as being absolutely perfect for enjoying a blissed-out high while also experiencing the benefits CBD can bring. Rather than having an aggressive high, Pennywise could help you chill out without excess paranoia and anxiety (which high THC strains are known to do). So, pick yourself up some Pennywise and you’ll have spent your pennies wisely!

If you’re the kind of cannabis consumer who appreciates pain relief as well as a nice high, any and all of these strains are a great choice! Alternatively, you can always play around and combine different strains you already know and like in the same bowl or joint (or anything else) for the ultimate THC to CBD ratio! You don’t have to breed weed to customize your cannabis consumption experience. 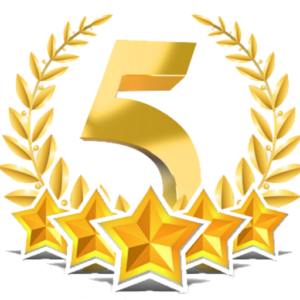